Maybe you had a parent or grandparent like my Dad – one who served in World War II but didn’t like to talk about it.  You wonder what kind of experiences they had that made them want to forget all about it or at least never tell anyone.   My dad, LaFon Lyons, was drafted into the army on 23 April 1941 in Detroit, Michigan where he lived at the time.  He was 23 years old and single.

Just a couple weeks earlier on March 31, 1941, he had been honorably discharged from the Civilian Conservation Corps or  “CCC’s” as they were dubbed.  He left Camp Paradise near Trout Lake, Michigan and was transported home to Mt. Clemens, Michigan just outside of Detroit.  His two-year term of enrollment in the CCC’s was up and he had served a year each as a truck driver and a Crew Leader in the Forestry Dept. at Camp Paradise.  Before this, he served a year (1935-36) in the CCC’s at Camp Mackinac at Rexton MI in the Reforestation Dept.  During this term in 1936, he was sent to the Fort Brady MI hospital when he accidentally cut off two of his toes with an ax.  Luckily they were able to reattach his big toe!

I don’t know a lot about his military experiences but I know he was stationed at one time in Fort Sheridan, Illinois as that is where he met my mother.  After training, LaFon was sent to serve in the Pacific Theatre of Operations, mainly Alaska and the Aleutian Islands to ward off the Japanese invasion of the islands.  I know he achieved a Tec 3 or Staff-Sargeant rank and served in the motor pool as a mechanic trying to keep vehicles running in the unbearable cold.  He was in the 701st AAA Gun Battalion. 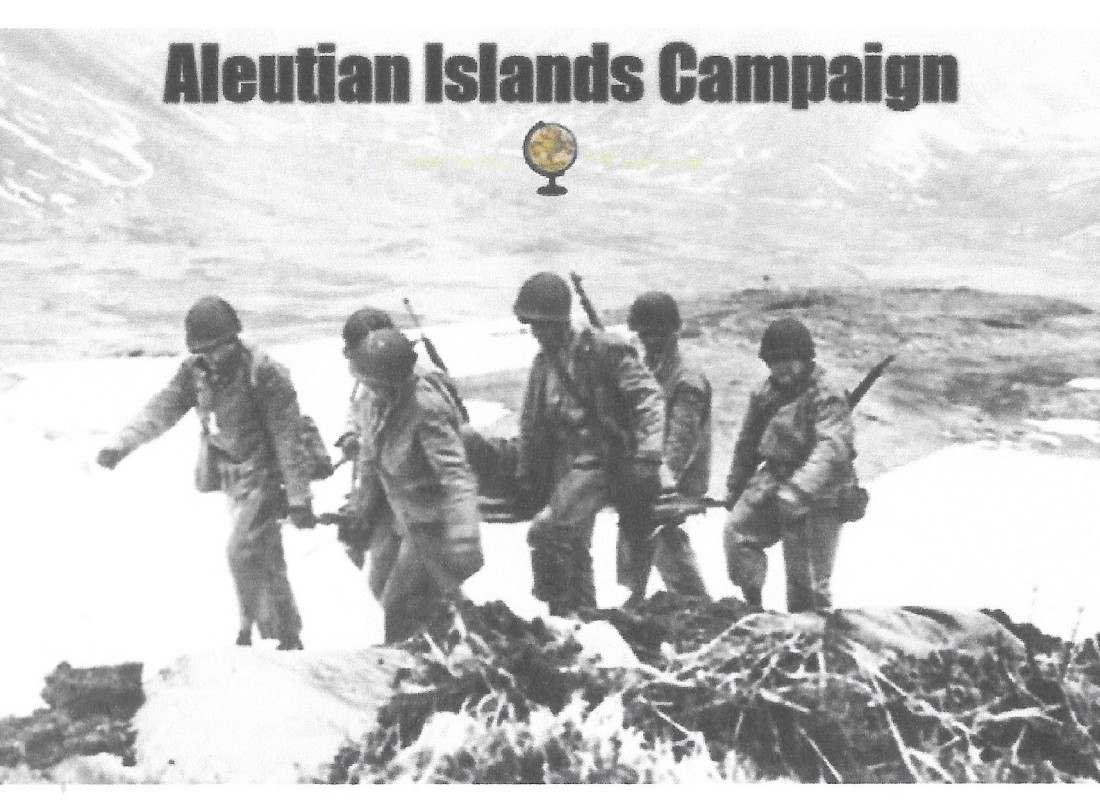 But my story is about how he earned his nickname of “Lucky LaFon!”  My dad was a “talker” and very sociable but he didn’t talk about the war except for one story I remember.  During the battle of Attu in May of 1943, he was shouting orders to the men under his charge when he was shot by the enemy!  This is one time when he was lucky to have his mouth open as the bullet entered his mouth at an angle and nicked a couple teeth and exited his cheek!  If he would have had his mouth closed, he most likely would have been killed.  Lucky for him and lucky for me!  So he earned the nickname “Lucky LaFon” and I heard he was pretty darn lucky at playing poker too on the ship taking them back to Seattle in April of 1944.

All in all, LaFon served four years, one month and 26 days in the Army and was honorably discharged on 18 June of 1945.  By this time, he had married Elma Knihtila while on leave in May of 1944.  He had been stationed at Camp Maxey, Texas after returning to stateside.  Their first child, a son, was born after Elma returned to Bessemer, Michigan to care for her mother in May 1945.  LaFon didn’t get to see his son until the baby was about six weeks old and LaFon was finally discharged from the Army and could begin his new life.

Yes, they called him “Lucky LaFon” but us kids were the lucky ones!  He was a wonderful, loving father and husband and doting grandfather.  He passed away on March 12, 2000 at age 82 but still lives in our hearts.

One thought on “How Lucky Can One Be?”